The Leadership Series: Part One

A three part series of Leadership lessons from my son Koan.

The fearless hero is a loving child 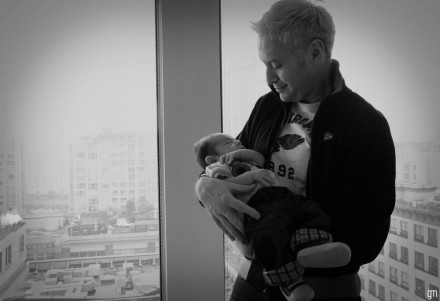 I believe fearless leadership looks like being comfortable in vulnerability (a loaded word if there ever was one!).

Imagine for a moment being in an important meeting. You are a CEO about to share the loss of your largest client and the future looks uncertain. You have no idea what to say. Vulnerability looks like saying I don’t know. Courage looks like saying that you have faith in the team, and you will work around the clock with them to regain that business and until then you will share in their belt-tightening.

I remember a meeting like that. I was scared out of my mind. We had lost a huge contract due to a vindictive purchasing agent. I was devastated that someone could take away a contract in an instant. The reaction in the room when I shared this bad news was shock and disbelief. We had a lost a big chunk of our work each month. How would we survive as a business? After sharing the news, I stayed silent, then let them know we would find new work to replace it and that we would work through the lean times together. I had no idea how we were going to do this, but I let my team know I believed in them and that we would make it together. They felt my vulnerability, but they also felt my faith in them, and our company. We connected and we worked together and increased sales 30% in the coming months.

Fearless leadership means being unafraid of naming the elephant in the room or facing hard issues head on. Everything the fearless leader does is in the service of those under his care and his own ego comes in second; everything he does comes from a deeper meaning and a bigger calling. Upon reflection it occurs to me that in vulnerability we connect with those we lead, creating a bond of trust, thus allowing them to feel cared for and safe.

This leads me to the now

I’ve never felt excitement as I have the moment I met my son. Everything that was so very important before then melted away in an instant. It wasn’t mystical or magical. It just was. Suddenly this little human being arrived and I was responsible for him, for the rest of my life. I wasn’t just scared, I was mired in fear. The fear was so great that all I could do was surrender fully to it. In that moment I became fearless. All that I saw from then on was limitless possibility, for him, for us…. I wonder if the facing our fears head on, being unafraid of showing we are afraid, and truly being open to all possibility allows us to be fearless? I’m also curious if surrender creates fearless leadership?

The fearless hero is a loving child

a koan for my son Koan

A koan is a saying that has no single logical answer and is a vehicle to gain enlightenment. It forces us to abandon logical thinking and dig deep into the soul of life. My son Koan is my koan; he’s a riddle, an enigma and love in a tiny package. He allows me to stop what I’m doing and go straight into feeling the depth of life.

The Leadership Series: Part One

A three part series of Leadership lessons from my son Koan. Stay tuned for part two next month.