When Gary Says “I Want That” 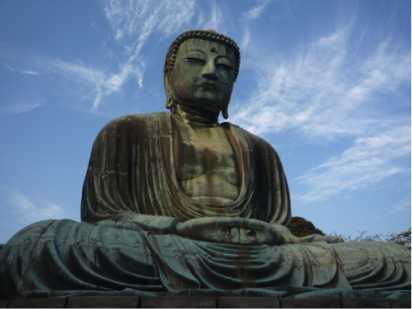 A guest post written by Karen Pery, partner and co-founder of Into the Fire Leadership

When Gary says, “I want that,” it sets off a chain reaction. Those three words start an avalanche – but rather than being a force for destruction, they are a force of creation. As his partner, collaborator and friend, I want to share my experience witnessing Gary’s transformation from I want that.

Gary and I met in the spring of 2012, starting Into the Fire Leadership that summer with our first surf retreat in Malibu. We are about to embark on our seventh surf retreat, our first in Hawaii. What we’ve built together fills my heart with joy. What Gary has created in his life from those three simple words is truly astonishing.

“I want that” isn’t a catchphrase or a gimmick. It’s not said lightly. It’s felt quite deeply.

It took me some time to understand that “I want that” was a real thing for Gary and not just words. Gary teases me for constantly saying that words matter, but I want that serves as proof. Words matter, especially when they are connected to wisdom.

Here’s an excerpt from a blog we published five years ago on the topic of meditation when I began to connect the dots to the power of Gary’s I want that. 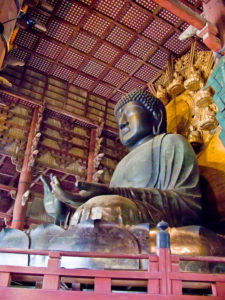 I first desired to try meditation after I visited Nara Japan, where I saw the most beautiful Buddha I had ever seen; it was actually the first Buddha I had ever seen. I remember looking up at the Buddha and I uttered out loud “I Want That!” This was a soul wish that came straight from my heart. I imagine I wanted his peace. I wanted his radiant beauty. I imagine I felt the only way to “get that” was to meditate.

There it was, I WANT THAT. Loud and clear, a soul wish straight from his heart spoken into existence.

Those words uttered in front of this beautiful Buddha began Gary’s journey with meditation, though Gary would not call himself a Buddhist … or an anything-ist if we’re being quite honest. He’s Gary. He is who he is. He is his I Am.

A long and crooked path for most, Gary took to meditation like fish to water. Stillness connects him to Spirit, to a deep knowing of the voice inside himself which guides his most powerful choices and actions. Stillness offers the clarity to speak “I want that” and know its truth.

In all the time I’ve known Gary, whenever he’s asked for advice, I only tell him to quiet the noise, stop the nonsense and busyness to allow his truth to surface. There is nothing I could tell him more real than what he discovers for himself in the place beyond his thoughts.

When Gary arrives at these words it’s an acknowledgment from the inside out. A few years ago, Gary met a man named Steve Hardison. Being in his presence, Gary saw a new possibility for himself like he did when he saw the Buddha statue at Nara. Hardison is a coach, the ultimate coach. He is committed to his family, devoted to his faith, and lives in service. As Gary listened to him speak, he saw where he wanted – no needed – to step up to be a better man, a better husband and a better father.

He told me that he stood up in a room of people (totally unlike his casual way of listening and observing – at least right up until that moment), to commit to being the man he needed to be from that point forward.

It’s exactly what he did.

There’s no formula to success, no book you can read or steps to follow to guarantee results. There are only choices to be made. Every time Gary creates himself from I want that, he begins choosing differently. After meeting Hardison, he sought deeper relationships from his mentors to gain further insights into his way of being. He took bigger risks in service of clients and potential clients. He began transforming before his own eyes and his world changed with him.

I want that is Gary’s compass and GPS. Connected, he is clear and aligned. He knows what’s important (so much so that he’s written a chapter of a book about it), and follows his course directly. He speaks often about what it is he’s creating. I know the Mahler International Coaching Studio will be fashioned yearly in Hawaii, Japan and Vancouver. He shares pictures of what it will be. Even I scout properties because it feels so alive, it’s inevitable. When Gary says I want that, it’s a matter of when, not if.

If you know Gary, you know his priorities because he lives them. He shares photos of his kids and talks about who he is with them – even when he is challenged and struggling – because he is actively (and always) in the process of becoming the best father he can be. He speaks of his wife as his Queen because she is. He acknowledges his clients and projects powerfully and publicly. He lives in service and by his commitments. I want that is a living breathing part of Gary’s life.

It took me years to understand the power of I want that.

Knowing Gary and seeing his family and business grow and thrive with each I want that, I would try it on for myself – and then immediately shy away from the words. Who was I to be so bold? It felt arrogant to be so audacious. Maybe my words needed to be softer, my I want that to be more, “I’d like that,” or “It would be nice if …”

One day recently, it hit me like a ton of inspired bricks.

I want that comes from creativity and connection. When connection flows through me, I can create for myself, for others, and in service of the world.

With mucho aloha and thanks to Gary and his family for being my ohana. xo, KP